A place to discuss holography

This is a place to post pictures of your latest work.
Locked
2 posts • Page 1 of 1 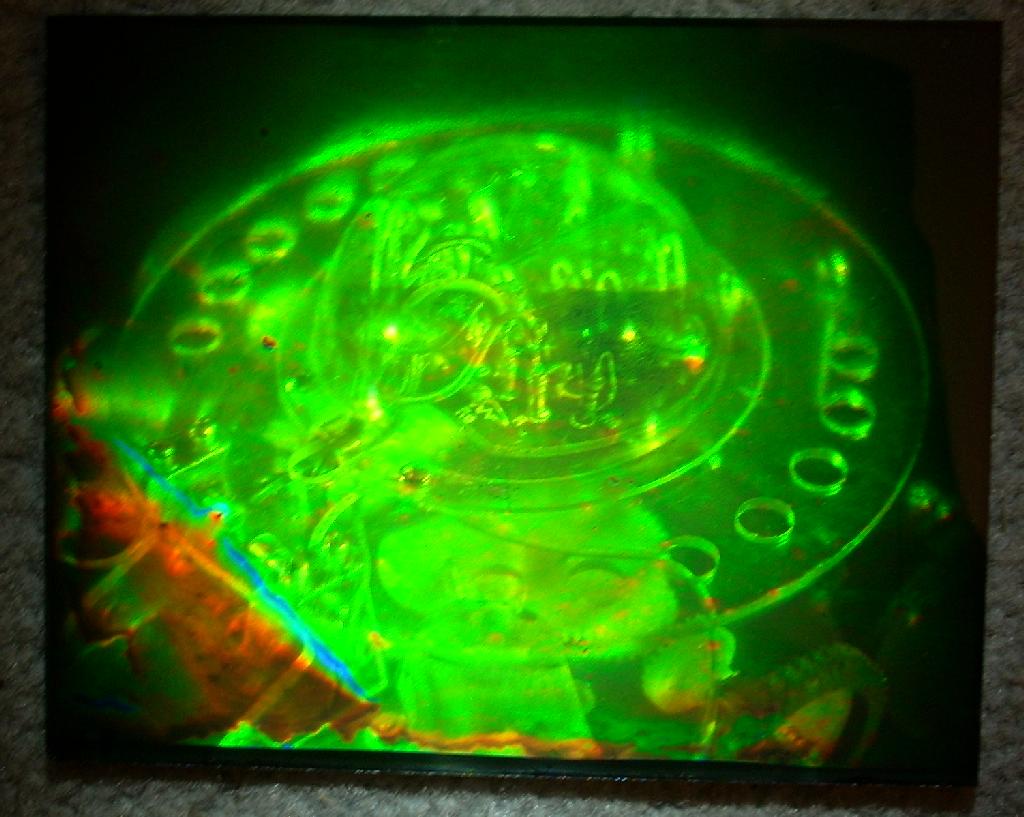 H1H2, done on PFG-3c (manufactured in 2006),
soaked in Jeff's Fog Killer (tm) for 60 seconds
washed, squeegeed, and dried
exposed to 4000 microjoules/cm^2 of 532nm (69 seconds, on my apparatus)
Developed for 45 sec in JD-4 developer
Bleached for 1:45 in ferric EDTA bleach (clear at 1:15, plus 30 seconds)
(emulsion was light blue at this point)
soaked in 2.5 percent ammonium dichromate for 30 sec (to reduce printout)
lightly washed (emulsion was orange/yellow)
dried (poorly...)
back was spray painted with matte black

Photographed by sitting it on the floor, and shining an LED flashlight on it. I told the camera to underexpose a stop, which reduced the image's contrast blowing out the camera.
Top

Good show old man! PFG-03 can be a bit dicky to work with but I'd say you tamed the beast here at least. I presume the 532 nm came from one of the Coherent surplus items sometiems available. My sincere congratulations on this excellent exposure of the fiendish robot brain plotting his linear trajectories.
Top
Locked
2 posts • Page 1 of 1